Your Slavery is their Freedom | George Monbiot

This is very good on the neoliberal capitalist framing of the word ‘freedom’. If the rich and powerful are ‘free’ to do anything they wish with their power and money where does that leave the rest of us?

Is it time for a campaign of social disobedience to refuse payment of the BBC licence fee?

These days the BBC are not even attempting to disguise their partisan centrist, liberal, metropolitan, establishment, political bias.

Many on the left, including me, have traditionally been strong supporters of the idea of a collectively owned ‘people’s broadcaster’ that could provide us with impartial political and economic information in a world where all other media is owned and controlled by the wealthy and the powerful.

The social contract that justifies the imposition of the BBC licence fee has always been based on the BBC’s democratic function expressed primarily through it’s legal duty to provide British citizens with impartial political  information in order for us as democratic citizens to make informed and rational political choices.

If the BBC is unwilling or unable to fulfil that democratic function, then we have to ask what can possibly justify the compulsory licence fee and whether it is time for the left to collectively refuse to partake in this sham and to en masse refuse to pay the licence fee? END_OF_DOCUMENT_TOKEN_TO_BE_REPLACED

The deserving rich and the undeserving poor… 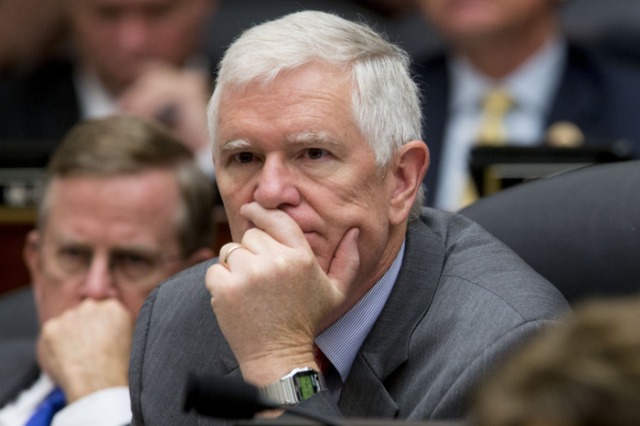 Saw this the day after I wrote this

So now rich people in the USA are now openly claiming that they are healthier than poor people because they are morally superior!

This idea that the rich are rich and healthy because of their wisdom, talent and, above all, hard work, and that the poor are poor, uneducated and unhealthy entirely because of their own ‘choices’, is of course at the heart of all conservative and neocon politics. Without it conservative politics is brutal, cruel and heartless. With it conservative politics is entirely justifiable because if this idea is true then the welfare state is not only expensive and inefficient it is in fact morally wrong, as it ‘rewards’ lazy, morally corrupt idiots at the expense of hard-working, ‘good’ people.

The idea that the rich ‘deserve’ their wealth and the poor ‘deserve’ their poverty is the moral justification of ALL conservative thought and policy.
Yet it is as true now as it has ever been that the single most important important determining factor in whether you will die rich or poor is whether you were born rich or poor. Almost all people born rich will die rich. Almost all people born poor will die poor. Statistically ‘social mobility’ is almost non-existent, and what limited social mobility there is occurs within the middle class and between the upper middle class and the super rich.
Richard Branson was the son of a Barrister. Rupert Murdoch and Trump were the sons of millionaires. Sir Philip Green is the son of a successful property developer and retailer. Mike Ashley grew up in Burnham in Buckinghamshire and went to Burnham Grammar School. Only Alan Sugar can genuinely claim to have climbed the greasy pole from the depths of poverty to extreme wealth.
Indeed, the only time when ‘social mobility’ had any real meaning in the UK was during the post war social democratic consensus when the grammar schools (which I attended) did open up the elite institutions of Oxbridge, the Civil Service, medicine, Law, the arts etc to a more diverse selection of candidates. But remember in 1976 when I went to University only 7% went to University with a further 8% into higher education of other kinds, including Polytechnics and conservatoire arts schools. So even this limited social mobility only applied to 15% of us.
The reality is that “it’s not what you know but who you know” is more true now than it was 50 years ago and the Public Schools (which in the UK perversely means the elite fee-paying private schools) are now one of the very few gateway’s to the elite.
Poverty is not the result of ‘bad choices’ it is the cause of them. And conversely the privilege of the wealthy gives them far more choices to choose from and enables them to ‘choose’ more successfully. Poverty is a more significant barrier to social mobility than race, sexuality, disability or gender.

Can you imagine the press narrative if it was a Labour Party that refused to call a GE in the current circumstances?

Imagine if a LP government without an overall majority, that had failed in a defining international negotiation, that had perhaps fatally split the both party and the country, that had fallen to third place in national elections and in a key by-election, and was nonetheless refusing to call a GE and seeking to elect a new leader of the party who would become PM without a national vote despite the political crisis?

The words ‘constitutional crisis’ would be all over the media. References to Hitler and Stalin and a ‘socialist coup that is destroying democracy’ would be filling our media. END_OF_DOCUMENT_TOKEN_TO_BE_REPLACED

I ask this because I regard myself as a socialist internationalist but find myself at odds with many in Britain who claim to be of the left because I am sceptical about the EU and ‘European values and they are passionate supporters of Britain’s membership of the EU. And a significant part of the left/liberal Remain narrative is that modern Britain is a uniquely inward-looking and racist country that is, and always has been, a philistine, cultural back-water compared to the ultra-civilised Europeans. Yet my opening paragraphs illustrate that this narrative crumbles into dust when subjected to even the most cursory historical or comparative analysis. END_OF_DOCUMENT_TOKEN_TO_BE_REPLACED

The moral imperative of revolt!

This is one of the most amazing speeches I have EVER heard! It is so articulate, passionate and moving. It literally made me cry. It’s long at a feature length 90 minutes, but it is amongst the best 90 minutes I have ever spent. Please find the time to watch this.

Today I resigned from the Labour Party and breathed a huge sigh of relief because as Tony Benn said when he retired as an MP, I can now devote more time to politics…

The immediate reason for me leaving the party is because I can no longer support a party which claims to be a democratic socialist party and yet suspends and expels good socialists on the grounds they are racists simply because they campaign on behalf of an indigenous, third-world people who were violently expelled from their homeland by European and American colonialists and who are now kept incarcerated in de facto concentration camps at the point of a gun and under a relentless regime of extreme military violence.

In my view anyone who is not prepared to condemn foreign governments who do such things has no right to call themselves a socialist. And a party that allows pressure groups funded by these oppressive foreign governments to set an agenda that leads to the expulsion and persecution of some of the party’s most passionate and hard working anti-racist activists on the Kafkaesque grounds that fighting racism makes them racists, is not a party I wish to have anything to do with.

I did not join a political party to help my political enemies get elected and I do not intend to do so anymore. That is the immediate reason for me leaving the Labour Party but of course that is only part of the story… END_OF_DOCUMENT_TOKEN_TO_BE_REPLACED